Appearance on the ‘Mentioned in Dispatches’ podcast, presented by Dr Tom Thorpe of the Western Front Association. Published 4 Nov. 2019 on iTunes and Spotify. Available here.

Interviews for BBC Radio Leeds, taking part in a debate on Northern identity, history and heritage during Andrew Edwards’s lunchtime show, 16 September 2016. The theme of the debate was inspired by Grim up North? Northern Identity, History and Heritage, a conference organised by myself and a colleague at Leeds Beckett University. I have since been invited on a number of occasions to speak on similar topics. 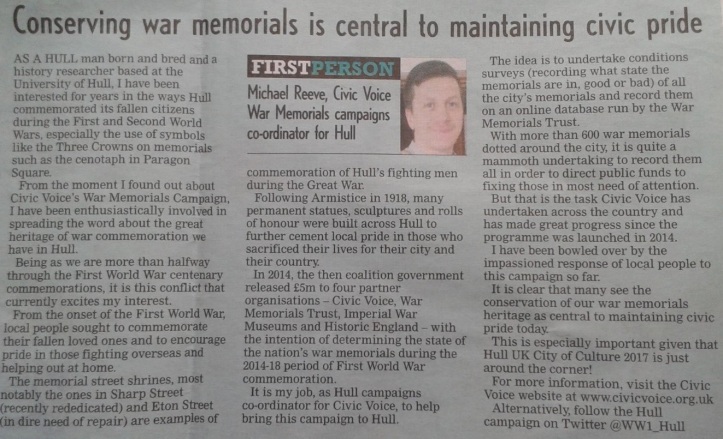